Today, I attended Networking event held by Tokyo Business Meet up as a main speaker. Topic was “How to open a Kabushiki Kaishia (KK) in Japan with 1 yen capital ? ”

Can I open a company with 1 yen capital?

Before 2006, there were two types of company in Japan, Kabushiki Kaisha (“KK”) and Yugen Kaisha (“YK”). The minimum amount of capital was 10 million yen for KK and 3 million yen for YK. However, after 2006, YK was replaced with a new form of company called Godo Kaisha (“GK”), based upon the American limited liability company (“LLC”). Furthermore, the minimum amount of capital was lowered to 1 yen for both KK and GK. Now, it is possible to open a company with 1 yen capital.

Should I open a company with 1 yen capital?

Although the minimum capital requirement was lowered to 1 yen, it is not recommended to establish a company with 1 yen capital because of the following three reasons:

Secondly, capital amount is important factor to have a good credibility from customers, vendors and banks. If the company’s capital is too low, it will be extremely difficult to get a loan from bank.

Should I open KK or GK?

KK is the most common type of company in Japan. “Kabushiki” means Stock in Japanese, so Kabushiki Kaisha means Stock Company which is similar to, for example, American corporations. Since KK is perceived to be the most prestigious and stable entity, attracting new vendors, customers, and quality employees are much easier compare to GK. Additionally, by the nature of stock company, KK can raise large – scale capital from stock market through IPO. Although establishment cost of KK is the most expensive compare with the establishment cost of GK and Japan branch of a foreign company, many entrepreneurs and foreign companies select KK to start their business in Japan.

GK has short history in Japan and low recognition compare to KK, but many people, especially those who are lunching small-scale business, select GK because of its low cost to register. Different from KK, ownership and management are not separated and GK’s shares cannot be transferred without unanimous agreement of the other shareholders. Thought the GK’s share cannot be listed in the stock market, the management process is a lot simpler than KK and may suitable for family business. For example, GK is not required to establish a board of directors nor to hold members’ meetings to manage the company’s affairs.

It has to be noted that KK and GK are treated exactly in the same way from Japanese tax perspective. Unlike the LLC in the United States, the pass-through taxation system does not apply to the GK. 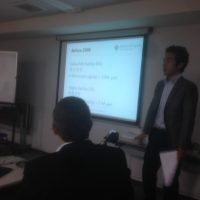 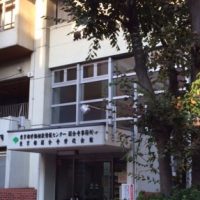